Returning to a New Place 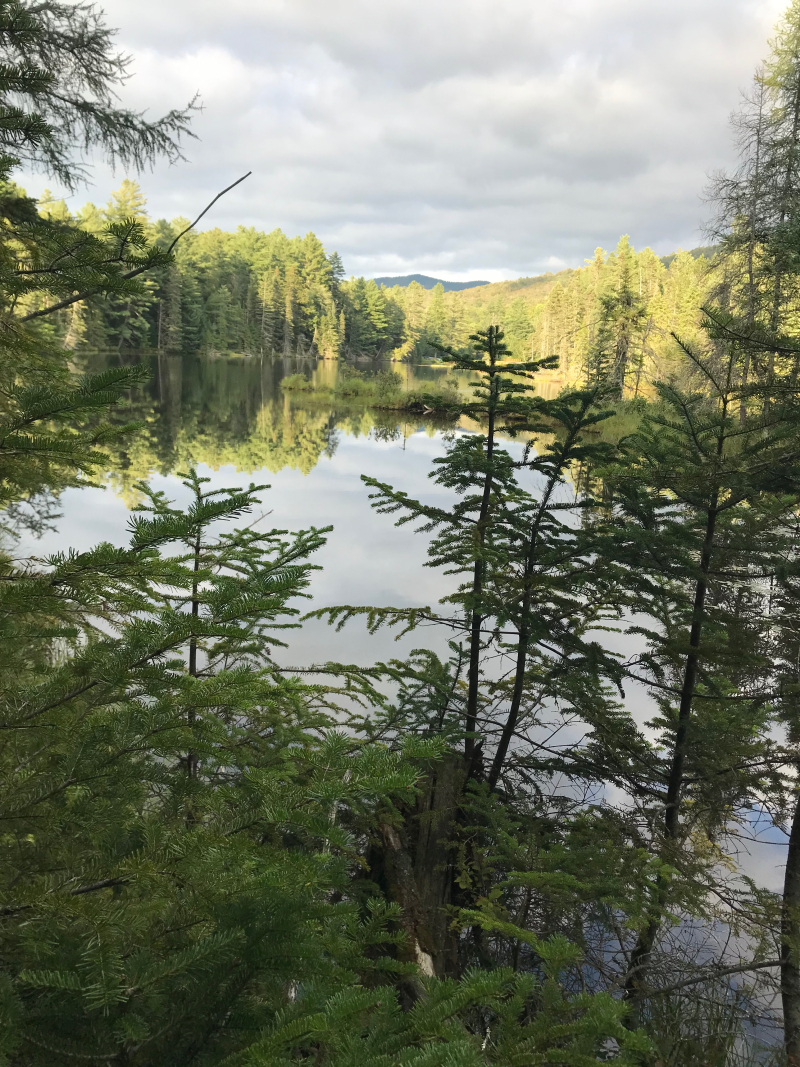 When my husband and I make vacation plans, he tends to want to return to places he loves - particularly Glacier National Park. It's an amazing place and I love it too. But I long to see new vistas, cities, waters.

Except there is a place I return to again and again,  - a family camp in upstate New York. I'm there right now. I've been coming to this patch of Adirondack woods since I was a small child.

Yesterday we took a walk around a lake - something I've done dozens of time. We set out at the end of a sunny August day, about two hours before sunset. And it was as if I'd never been there before. The light at that hour, the particular position of the sun, the advent of late summer mushrooms and deep, pillowy moss - ever few steps there was new wonder.

So I guess my husband is on to something. Somehow, the places we love and return to are always new. 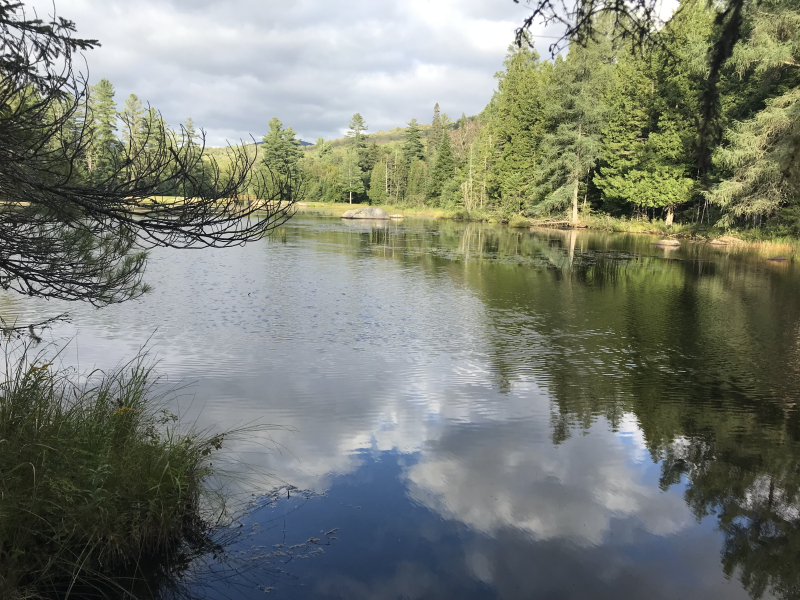 Why can't we understand each other? Media silos. Depending on what we read/watch/listen to, we have our own realities, which are constantly reinforced, an echo-chamber of our own beliefs. That said, there is legitimate journalism and then there's opinion masquerading as reporting. The best way to sort through all of this: consume a broad media diet.

Check out yesterday's some media homepages to get an idea of how different sites weigh the importance of unfolding events. 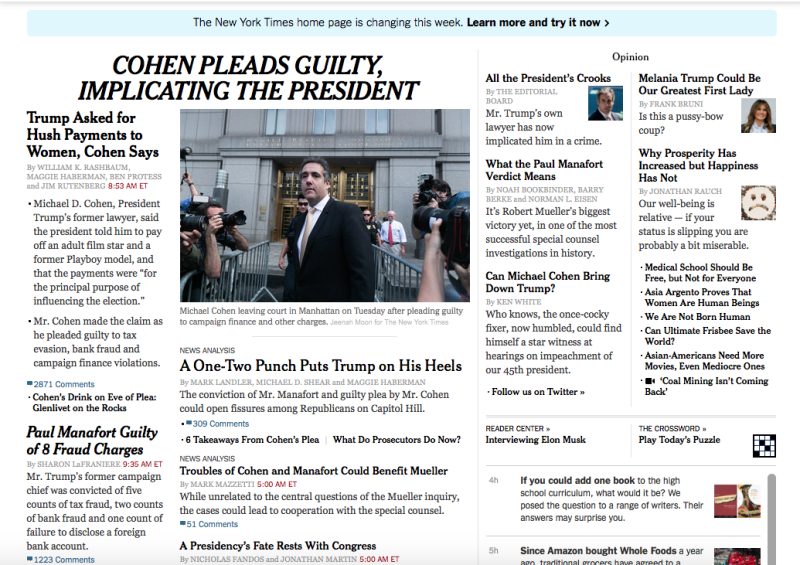 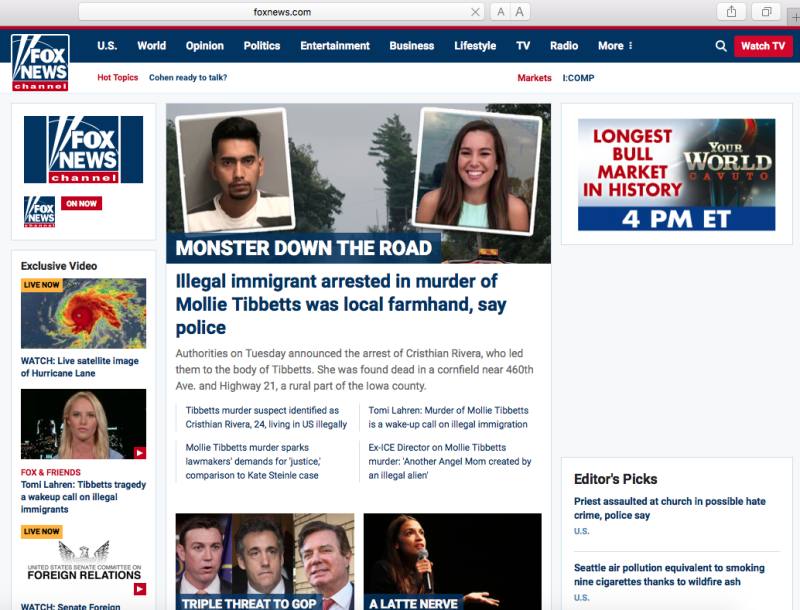 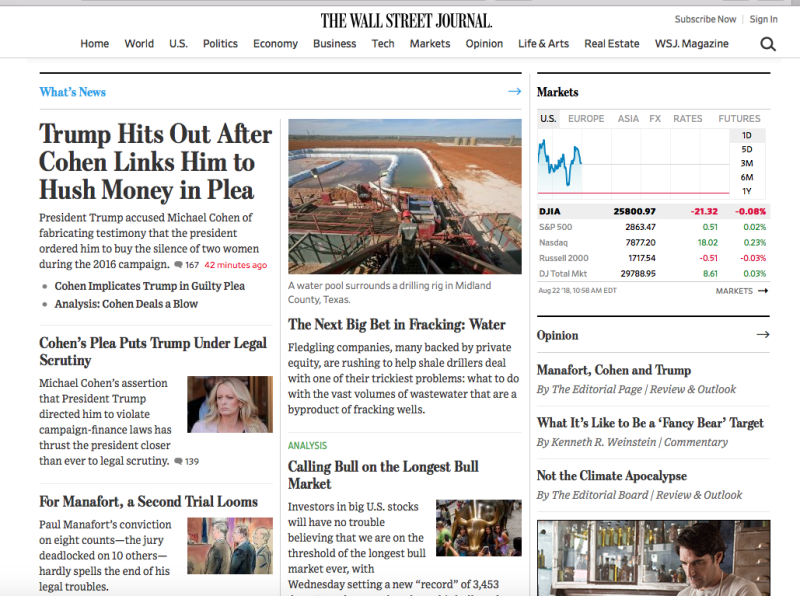 Make your own call on the relative importance of the lead stories, and the spin given. 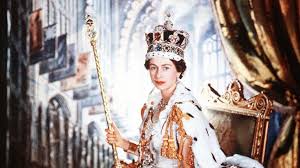 Another coronation this morning. Of the dental sort, that is. I am getting yet another crown, which by now should put me at the top tiers of royalty. I've had more than my lifetime share of dental work, and to add insult to injury, my old dental work is crumbling. Did you know that fillings only have a limited lifetime? I didn't.

Because a couple of hours of drilling weren't enough fun today, I finally dragged myself to the doctor for an injury I got about a week ago.  I was trying to shove a stopper back into a bottle. The bottle was wet, my hand slipped, and banged into the granite counter. Okay, yes, it was a wine bottle.

It really hurt. I put ice on it, was able to (painfully) move all my fingers and 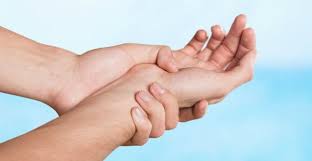 called it a night. My hand has turned some lovely colors - dark purple, sickly yellow, but I figured it was on the mend. But yesterday I couldn't squeeze shampoo out of a bottle. And today I couldn't hold my coffee cup.

Sigh. It's fractured. My teeth are cracked, my hand is cracked, and my head doesn't feel far behind.

I know I should count my blessings that I have health insurance. Not dental insurance, but let's not get greedy. 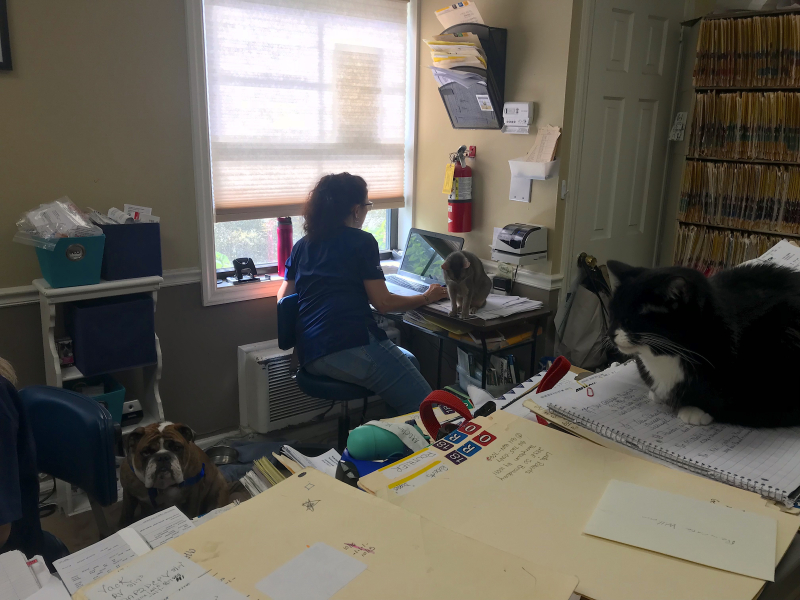 Please note: bull dog sitting on floor behind the desk, small beige cat next to laptop near the window, and cat with one eye sitting on the charts. These guys aren't even patients - they seem to live there. It may not be state-of-the-art, but I love my vet.

I miss everyone I lost last year.

Yesterday, I was longing to tell my friend Missy about a dream I had. She'd have listened, snorted, and then come up with some completely irreverent interpretation that would make me laugh. There are so many things I need to tell her.

I also really need to talk to my Dad. I have some questions about the Adirondacks that only he can answer. Mostly I want to look into his brown eyes, pat his leg and tell him how much I love him.

Also,  I keep coming across pictures of my little brother and me. We are often touching - holding hands, or he is hanging off of my arm. With Bill, I want to warn him and protect him from the life he would lead. I want to go back in time, not just to before his death, but back to when we were 12 and 6 respectively, when he was a pale, tow-headed, chubby kid with no shadow of the terrible things to come and I was his alternately annoyed and affectionate big sister. 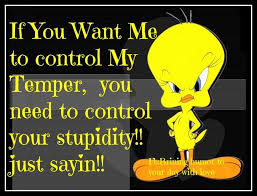 I back up all the work from my MacBook Pro to an external hard drive. Like all things in my house, it stopped working - the backup that is.  Every day an ominous warning appears on my desk top. You haven't backed up your data in 63 days! 64 days! 65 days....

I called Apple Care for help.  The woman listened, asked me to again explain the problem, and then said she needed to reach out to a supervisor. About 10 minutes later she was back.

This was her troubleshooting suggestion: wipe out the computer hard drive and try again.

"Let's just start you with a clean hard drive."

"You want me to wipe out my computer's hard drive?

"Why would I want to do that? Years of work! I just told you, I can't back up anything."

"That's all we can suggest from here." 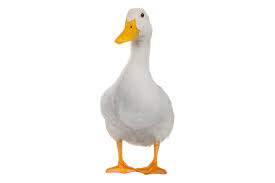 My new washing machine sounds like there is a duck dying in it.

This has been the month of failing appliances. My oven gave up the ghost on broiling about two years ago, followed by the entire panel refusing to operate in any way that makes sense. At least until last week, I could still bake in it. My freezer's temperature has been wildly fluctuating, resulting in melted and refrozen ice cream, suspicious smelling chicken (thrown out now) and a near-constant puddle of water under the unit.

The old washer was banging so much that it jumped out of its laundry closet and onto the hallway floor during a rinsing cycle.

So first things first - I replaced the washer. The new one had nice capacity, basic features and the price was right. It didn't occur to me to consider the kind of noise it would make. Which turned out to be like a duck is fighting for his life in there. 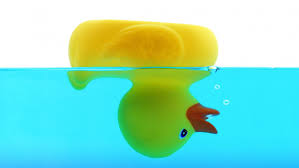 Clearly I'm not the only one who feels this way, because GE has devoted a webpage to "Top Load Washer Normal Sounds" complete with sound clips. Scroll down to the agitation cycles, hit "play" and then and imagine that noise amplified so that you can easily hear it two rooms away.

At least now I know that the sound of dying water fowl as I wash the clothes is perfectly normal. 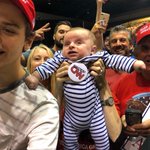 I'm regretting my last post, though not to the point of deletion.

Today I interviewed a CNN journalist for a magazine profile I'm writing. I asked her describe her day.

Her alarm went off at 3 am. She worked out for half an hour, dealt with some summer camp stuff for her kids, took a quick shower and was in the studio by 4:45 am. After a 5:15 am production meeting, she was in makeup at 6 am, then reviewing stories with producers until she went on air from 9 - 11 am as a substitute anchor. I'm writing this post after 5 pm, when she is again on air, filling in for another anchor. The time in between was just as action packed for her, checking and rechecking stories, reading feeds and updates, meeting again with producers and more. 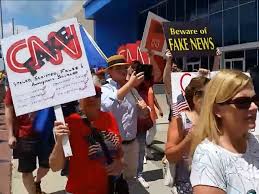 So what's it like, I asked, being a journalist at a time when the media is portrayed as "the enemy of the people" and the President of the United States personally attacks your work? (If you can't make it out, the button on the baby pictured above left says, "CNN sucks.") 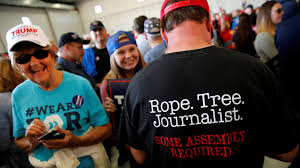 She told me she was proud to be a journalist, and tries to do the job the way she says she's always done it - "focused on fact and getting it right." Media people are well trained to deal with other media people.

But it is clear to me that dealing with intense hostility, hateful internet trolls, and even threats to physical safety have all become part of the job description.

Freedom of the press is a critical part of our democracy. So instead of whining about how difficult it is to consume the news these days, I'm changing my tune. Pay attention to the work that is being done. And thank a journalist for the important job they're doing. 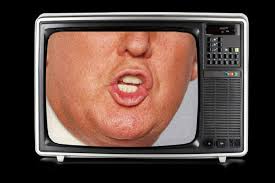 I'm still struggling with this issue: how can I be a good citizen and guard my mental health at the same time?

This week I was chatting with a friend about our current political situation, and she told me breezily that she doesn't waste any time thinking about it or exposing herself to the news. She'd rather take a walk in the woods, read a good book or play with her grandchildren. 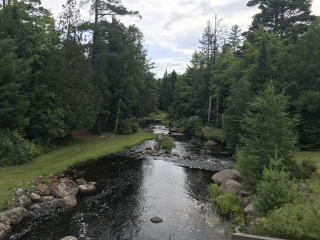 I get it, oh how I get it! And I've blogged on this before - cutting back on media exposure so I don't lose my mind.

BUT - what about Democracy? Remember that old slogan - "Democracy is Not A Spectator Sport"? What about our obligation to be informed citizens? Active citizens?

Anxiety Girl (moi) tends to think in Black and White, and I have to constantly remind her to to think in shades of grey. Some news and political activity, and lots of time outside as an antidote. (Like along this gorgeous Adirondack stream.)

Meanwhile, I am writing a magazine article for which I'm interviewing three well-known female broadcast journalists. (Well, one is actually a former journalist who has a "NDA" so I can't ask her about her settlement for $$$$ over sexual harassment.) I may have to break down and watch a little television news and see them in action,  so I don't sound like a complete idiot when I conduct the interviews.