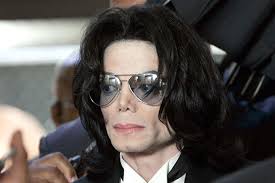 Now, I need to calm down.

I'd been a fan of Michael Jackson since he was a little kid -  from his Jackson 5 days to nearly the end. So many amazing danceable songs, from "I Want You Back" to "PTY (Pretty Young Thing)." And the performances - mind blowing!

It was painful. I found myself talking out loud to the screen. First to the young men who were recounting the sexual abuse, I kept saying, "I'm so sorry. I'm so sorry you went through this." And to their mothers, who I tried not to judge to harshly, but in the end couldn't help it: "What the hell were you thinking?"

It's actually made depressingly clear what the families were thinking. Michael Jackson was a classic predator. He befriended the families of the young boys he was interested in. Soon, the family was swept up into a world of limousines and backstage passes. Jackson promised to make their sons "stars." Lavish gifts were bestowed. Gradually Jackson would isolate the boy from his family, until yup- why not let a seven-year-old sleep in the bed of a grown man?

Yeah, yeah, I know, Michael Jackson didn't have a childhood, he was a mess, he was lonely, he was massively talented. But he was a pedophile.

So other than sorrow and anger (and no little amount of disgust) I don't know how I feel about all those great songs.

It feels similar to the way I can't watch Woody Allen movies anymore -especially the appalling "Manhattan" in which he depicts it as perfectly normal for an adult man (himself of course) to be sleeping with a high school student.

On the on hand, that's crazy. So many great artists were personally twisted but create such beauty. If we dismissed all painters, musicians and writers based on judgement of their personal lives, what would be left?

But this feels different.