Home Archives Profile Subscribe
Comfort
I Cheated On My Gym 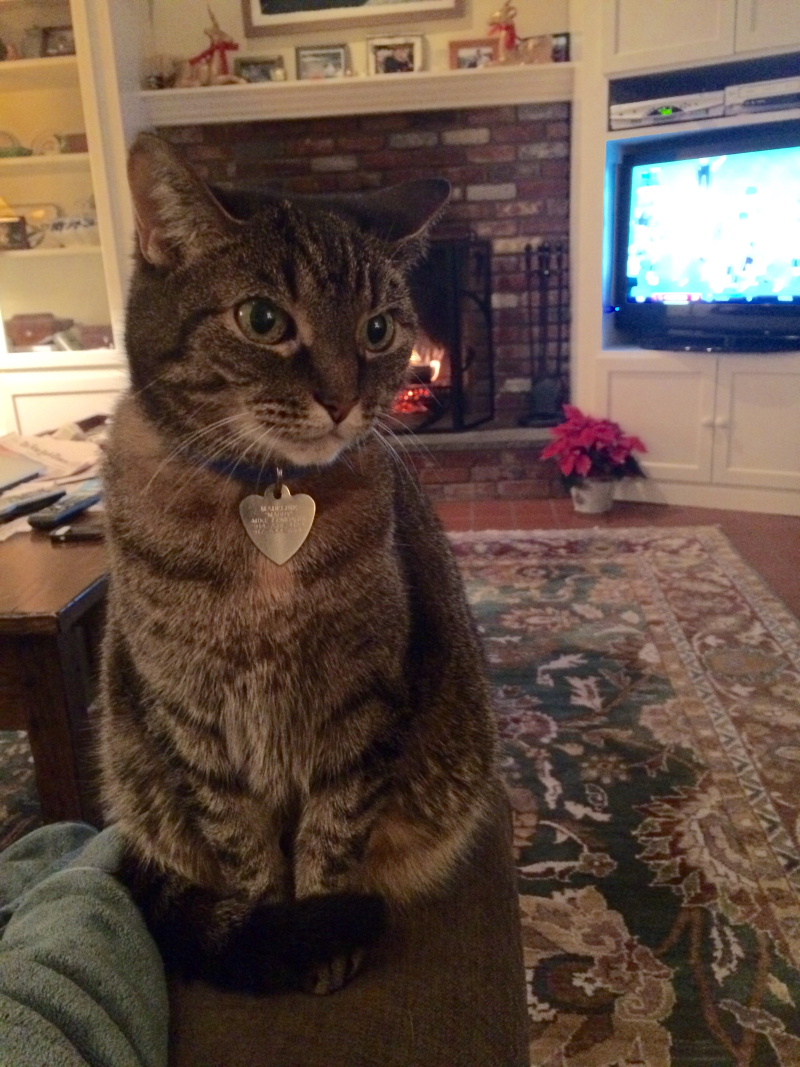 Fourteen years ago, a tiny stray kitten wandered into a jewelry store in Annapolis, Maryland. And in one of those weird twists of life, she ended up in our New York home.

The basics: our daughter's college boyfriend's little sister had a part-time job in that store. She brought the little stray home, but her Mom was allergic to cats. Overnight, that cat somehow became our responsibility. My daughter argued that the kitten was likely to go to a kill shelter unless we took it. "Her death will be on your hands," she told me darkly. (My daughter has a flare for the dramatic.)

Anyway, we ended up with Maddy.  She was tiny, four months old, very vocal (every hop up and down any surface was accentuated with a quizzical "Meww?" almost as if she wondered what had just happened. Our vet  looked at her and described her as "riding the short bus," a very politically incorrect way of describing what she saw as Maddy's vacuity.

It's true that it took Maddy a few years to master her name. And she still struggled to understand that both sliding doors led into the house. But oh, what a sweet girl she was! Full of affection and love. For such a small  cat (she never exceeded 8 lbs at her heaviest) she had a mighty purr, and she wasn't scared of anything or anyone.

Maddy adored my husband, and followed him around like a puppy. She stretched when he stretched, meditated when he meditated, curled up and watched hockey games with him and slept on his side of the bed.

Last night our vet (not the one who dissed Maddy but a different and lovely one) came to our house to put Maddy down. The kitty had cancer and it was spreading. Maddy was really sick and had no chance of recovering. She was suffering.

Maddy curled up in Mike's lap while the vet gave her a sedative. After she was very sleepy, the vet gave her a second shot to put her down. The whole time we were petting Maddy and telling her how much we loved her. It was a peaceful end, and she was carried away in the little blue kitty bed she loved.

We thanked Maddy repeatedly for all the love she brought into our lives.

Who knows how long I will keep waiting for her to round the corner, making her little mewing sound and jump into my lap?

I'll miss Maddy when I visit your house too. What a good life she had with the Lombardis! I'll forever think of her waiting at the door to go out or in, and then immediately wanting to go the other direction. <3 :-)

So lovely. I had sworn off cats, but you make me love them again.