Drama Inside the Walls 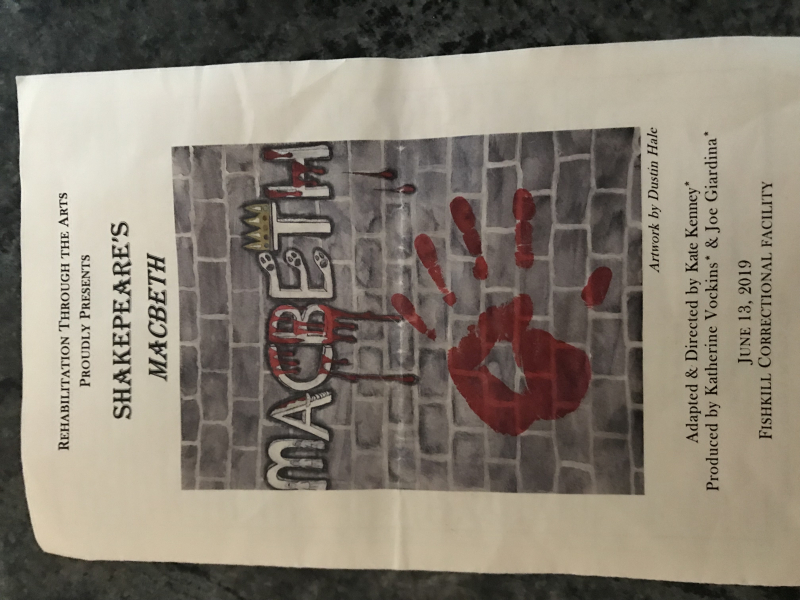 Yesterday I went to a production of "MacBeth" at Fishkill, a medium-security prison in New York.

Well, Fishkill actually has a lot of programs - a super-max on the property, a work-release program, a hospice for dying inmates, vocational training and more. It's also often a step-down for men who have been in maximum-security facilities and are moving closer to their release date.

But I digress. R.T.A., Rehabilitation for the Arts, a nonprofit with which I work, also hosts a drama program there, as well as in several other state correctional facilities. I've seen several plays produced at Sing Sing and one at Green Haven. But this Shakespeare production really knocked my socks off.

I wish I could show you a photo, or better yet a video, but of course, no cell phones are allowed inside the facility. I've spent so much time working in prisons over the last year, that I found myself irritated with a visitor who became impatient waiting in line to go through a security clearance. Please - we are not in a Broadway theater here.

Anyway, not only was the production excellent, but also we were allowed to visit with the cast for a few minutes afterwards; not something I've seen in a max facility.

Must now go prepare myself to be interviewed about the mother-son relationship for a Seattle-based podcast. Sometimes changing hats so quickly is dizzying.